For many of us who overeat we tend to be extreme; extremely extreme at times. We will go to any length, use any rational to acquire foods that will provide us maximum joy for that moment we indulge.  Equally extreme is the guilt and shame that follows a binge and the extreme promises to never do such a thing ever again, especially when we know full well we eventually will.

John is a grossly overweight man.  He overeats in binges and feels like most of his life is in control but will admit freely that he occasionally makes bad food choices despite his best intentions.  John will freely admit this because he can’t hide it.  It is blatantly obvious to all around John that he is overweight.  But John has to take to the extreme, he’s unwilling to admit he is not in control.  Sometimes John attempts to be in control of his eating by announcing he is dieting, when he fails he proclaims he has an undiagnosed health condition.  In this way, John attempts to show control even as he completely fails at controlling; extremes.

Sally won’t spend $20 to join a support group or fitness club but she has no issue at all justifying $20 or more a week for take-out food.  “We all have to eat don’t we?”, she remarks when asked about her budget choices.

John is extreme in that he must appear in control.  When he is obviously not in control, his extreme nature creates an alternate reality for John, one in which HE is in control but his undiagnosed health condition is the cause of failure.  Sally is extreme in that she won’t spend a penny on things that could actually help her but has no issue spending extravagant amounts of money to make sure she has her fix of binge foods.

Of course there are varying degrees of both of these examples but I think most of us can in some way relate to these stories in their own lives.  We are too extreme, extremely extreme sometimes.  Most of our recovery from stinking thinking is going to be learning to cope in an imperfect world without the use of food for comfort.  Our food choices should feed and nourish our bodies, it should be tasty and enjoyable, but it should not be used to cope.

Learning to be perfectly imperfect is a major part of our journey in FORWARD RESET.  First, we must admit we have a problem, it is then we can look inside ourselves and exam our actions and intentions, identify characteristic about ourselves that need work, and begin the process of healing.

Life is imperfect, we are imperfect and learning to cope with that idea is perfectly perfect.  We identify our extreme behaviors and work on allowing imperfections to be realized, we cope.

Living life happier and healthier, letting go of extreme behavior, finding ways to cope outside of food, and doing so perfectly imperfectly is the FORWARD RESET way! 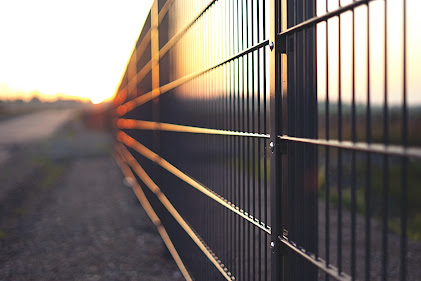 “Don’t ever take down a fence until you know why it was put up.” – Robert Frost

Step 4, “We have searched honestly and thoroughly into ourselves and examined the true motivations of our actions, thoughts, and emotions.”

Treat this step as a mission of truth rather than a seek and destroy.  Some “fences” are there for a reason and maybe a gate into that area is more appropriate for the time being rather than ripping out the entire fence.

In Step 4 we seek truth as to our true motivations of our actions, thoughts, and emotions.  Once we make a discovery it might take some time to work through what we discover and eliminate or replace what we find with something that doesn’t need to be “fenced”.  For now we can install a gate so that we may gain access.

In Step 5 we bring a friend along, through the gate and into an area that is usually fenced off.  With understanding and love they assist us in understanding what it is we find there, how to eliminate it or change it so the fence is no longer needed.

In Step 6 we are ready to accept help to eliminate or change our unbalance and in Step 7 we begin removing the fence that is no longer needed.

One-half cup of cooked lentils has:
There are a lot of ways to prepare them so try searching on the internet for recipes and cooking methods that work best for you!
at March 27, 2021 No comments: 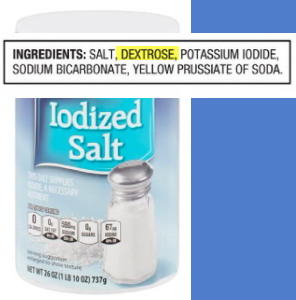 Always read the labels.  It is amazing where you find sugar!
at March 27, 2021 No comments:

I've heard people say, "I need a break"! Meaning they are taking a break from their food plan and just doing whatever goes. The idea is that after a break they'll return to their diet, stronger and more resilient.

What are you thoughts about this?
I immediately thought, if you need a break then you aren't living a lifestyle you are on a restrictive diet.
I think this is a major difference that needs to be recognized because if you are like me I can be very successful at restrictive dieting, I can lose tremendous amounts of weight, but I have struggled at creating the lifestyle. Something works for me everyday, day-to-day, one day at a time.
If what we are doing for our food plan requires restrictive food intake then ultimately that won't be sustainable.
What we want to create is a lifestyle. No bad foods, only foods that provide better nutrition and fuel to our bodies than others. We want to change the mindset of restrictive thinking to being grateful that we able to select any foods if we want but our desire to use food to fuel our bodies allows us to search for foods that are more nutritious and get closer to our goals.
at March 24, 2021 No comments: 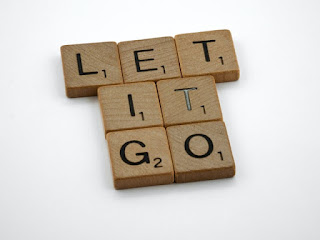 Having fresh foods available when it's time to prepare a meal is essential to making best food choices. Here I've prepped carrots, zucchini, onions, celery, red and green peppers. This took less than 30 minutes in my food processor and saves room in my refrigerator also!
For lunch I made an amazing stir fry and later seasoned with curry spices with pinto beans and brown rice. It was fantastic!
at March 08, 2021 No comments: